Our 2022 race schedule will be posted here shortly. 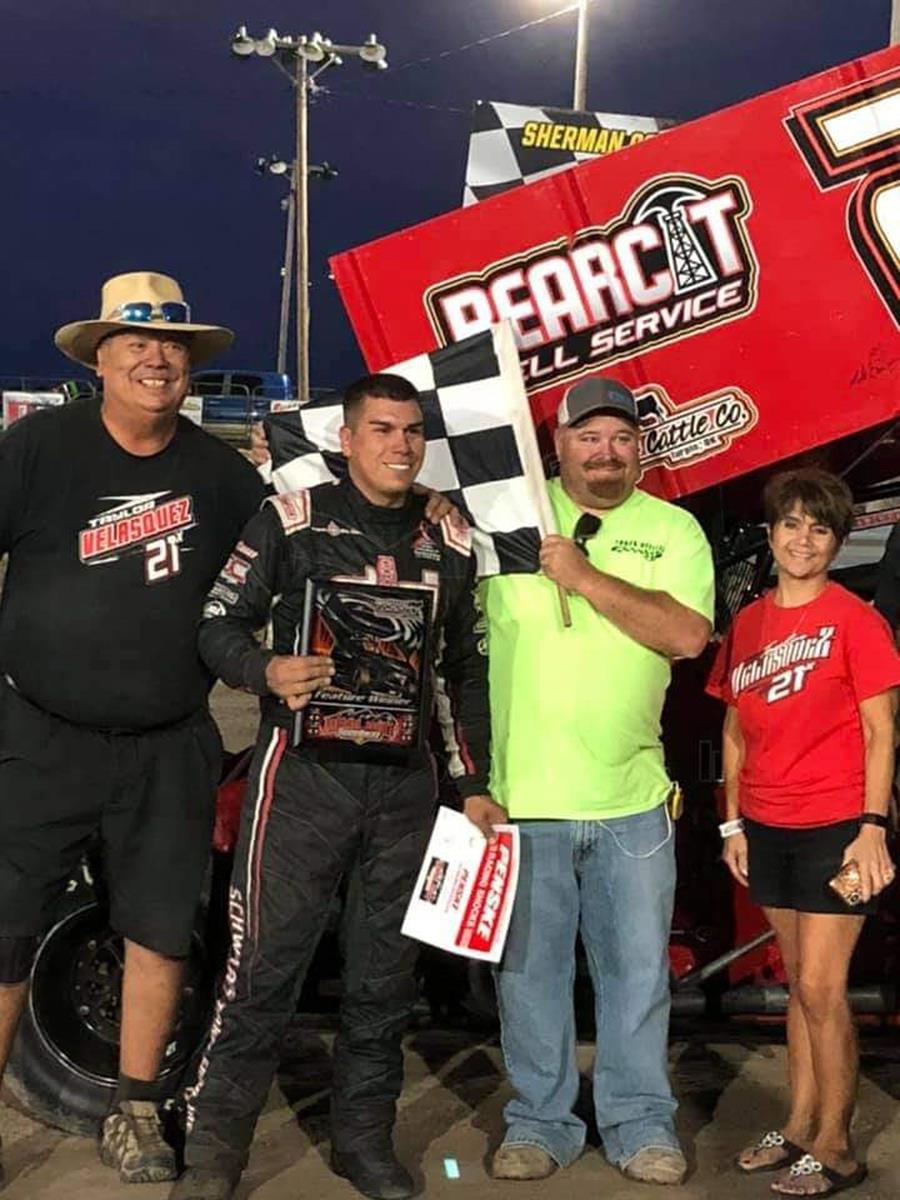 Howard Van Dyke and Nick Nichols set the pace for the 25-lap feature event. Series points leader JD Johnson took off with the early lead over Taylor Velasquez and Todd Plemons while Zach Blurton made a charge toward the front from a fifteenth starting position. A caution flew over the field on lap 8 for Howard Van Dyke and Aaron Ploussard. The restart saw Velasquez advance position to the lead over JD Johnson and Zach Blurton. The caution came out for the second time on lap 12. The restart would find Velasquez continuing the lead and Blurton with the charge to second over JD Johnson, Todd Plemons, and Nate Berry in the top-five.

Yellow lights came on again on lap 14. The restart saw a shake-up in the top-five, as Plemons would get by JD Johnson for third and Kyler Johnson would advance to fifth. The remaining 10 laps featured several battles for advances in position, however the top-five finishers would remain the same. Taylor Velasquez went on to win his second United Rebel Sprint Series victory of the season over fifteenth-starter Zach Blurton. Todd Plemons, JD Johnson, and Kyler Johnson rounded out the top-five finishers at Sherman County Speedway.

Up next for the Mel Hambelton Ford Racing POWRi United Rebel Sprint Series is the Bob Salem Memorial on Friday, August 14 and Saturday, August 15 at Oberlin Speedway in Oberlin, Kansas.